As I left work last night I had two choices I was set on: 1. Wake up at 4:50 a.m. and tag Mt. Olympus before work on Friday morning or 2. Do it right when I got home and enjoy a night of sleep. As the title suggests I chose the night of sleep and was able to tag the summit last night after work. My summit time was 1:20 and car to car I did it in 2:07* (star because I stopped the watch at the summit to take some pictures). I'll consider this my last "run" before the Speedgoat, which awaits in a little over a week. Taper starts now. Here are some crappy pictures from a crappy camera (forgive the light it wanted to rain on me). 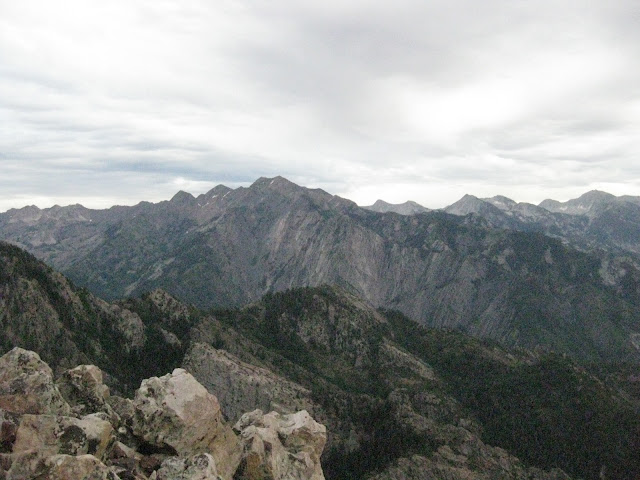 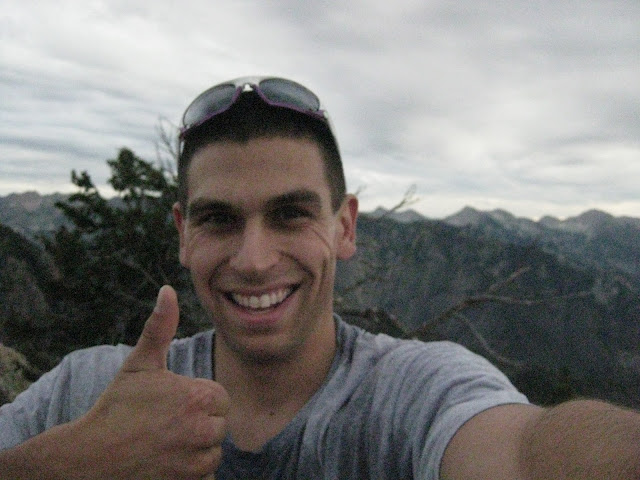 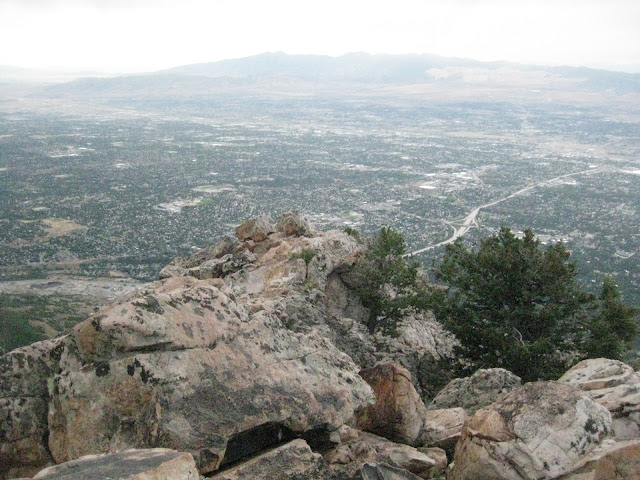 S.L.C.
Posted by Travis Haussener at 7:36 AM No comments:

Ever since my mountain running carreer began (about a year ago) I've restricted myself to runs of places I knew and ones that were easy to get to. There was an abundance of runs between H-rock and Granduer Peak. Lately though I've subverted this system and put myself into unfamiliar territory. I've come to the realization that if I really want to Run, Climb, and Work a Ph.D. schedule all in one day I'd have to resurrect the dawn patrol (an idea usually restricted to winter).

So this week I found myself waking up at 5 a.m.several times to run. I managed to tag Mt. Olympus in 2:17 car to car and not be late for work (pending I didn't take a shower).

Even on Sunday my customary day off I was up by 4:50, not because I wanted to run, but because Chesy needed to be at the airport for a 6:15 flight. I figured I could use this unintentional early rise to run up Lone Peak before noon. Only problem was; I've never even been near Lone (sad I know) but the truth still remains that Lone is a very elusive bastard of a mountain (typical summiting procedure dictates either a very early start or a camp halfway up the mountain).

So as Chesy stepped out of the car at the airport I feverishly used her phone (my phone looks more like Zach Morris' and I'd rather have NFL redzone than internet at home...so we don't have internet) to check How to Get to Lone Peak (mistake #1). I quickly jotted down a cross street of the road that takes you to the road to get to the trailhead and I was off. A little more attention to the detail would have helped me get to Jacobs Ladder trailhead in a more efficient manor but after a half hour of driving around Draper I managed to get my tiny car on some back road system near Lone Peak and as luck would have I finally found the trailhead.

So I grabbed my Camelbak tied up my Hoka's and was off making decent time up to the meadow. 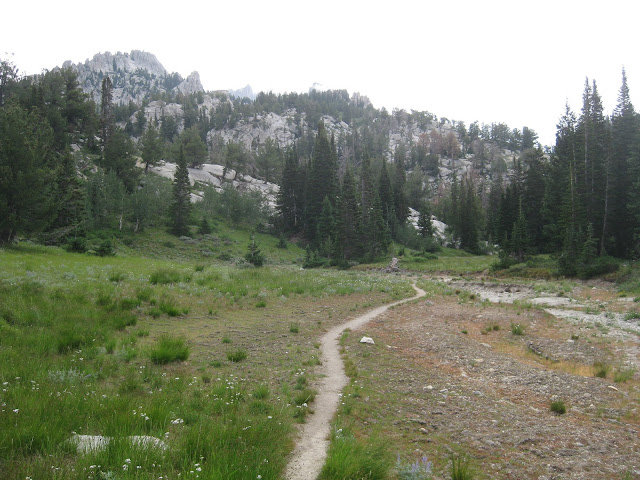 Pretty fun running once you get up high.

After cruising through the upper meadow I came to the granite field (an enormous field of just flat slab rock) and found the trail was no longer a trail (it's pretty hard to make a trail into rock) but a series of cairns leading the way. At first I made good time through here but having no prior knowledge of the area I took a wrong step and found myself cairnless. 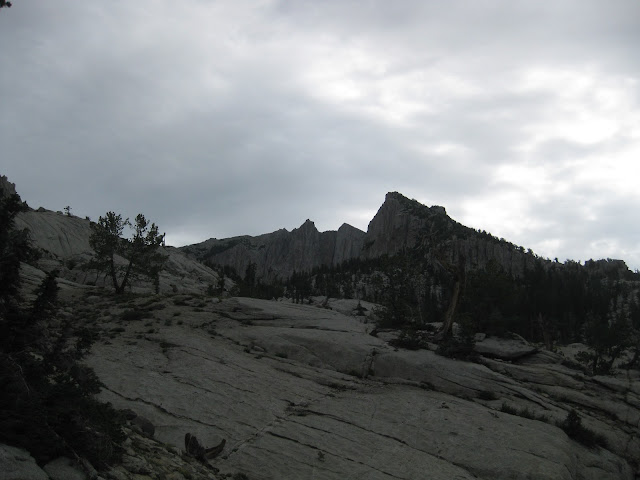 Lone in the distance (picture taken on the granite field)

Mistake #2: After about 15 mins. on the granite field I got to the lower cirque and found a smattering of climber's trails, hiker trails, and trails made by people who probably made the same mistake as I did and were more than likely lost like me. So I went right when I should have gone left and found the weakness to the upper ridge (at this point I was going the complete wrong direction but had no idea). 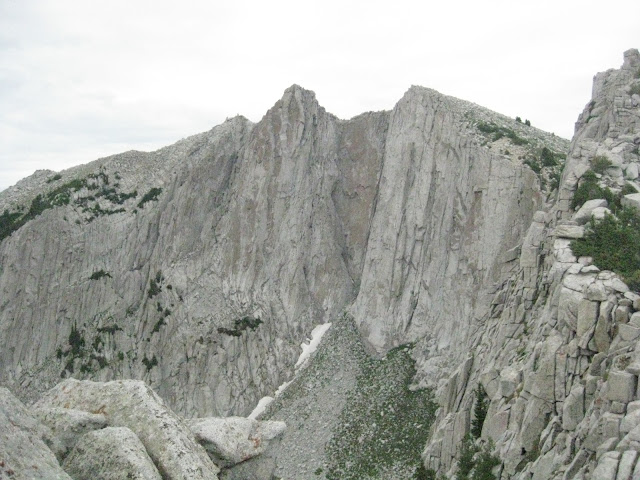 Lone from the ridge.

After another 15 mins. of climbing I was at a South Summit completely cliffed out looking at the true summit in the distance. My watch read 2:15 and my altimeter was at 11,200 (Lone = 11,253) close enough I guess. 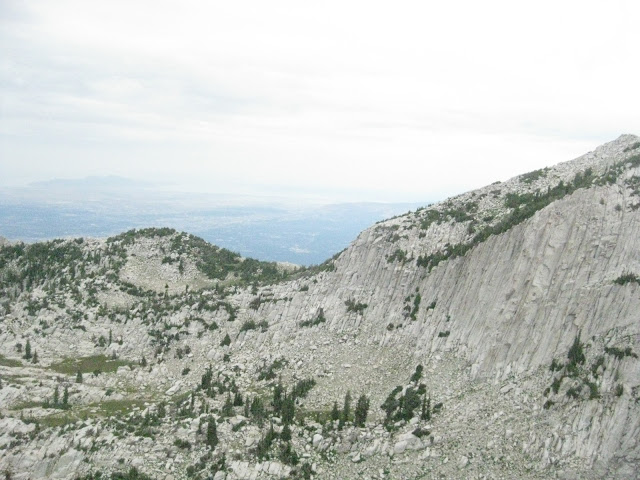 Hazy SLC in the distance 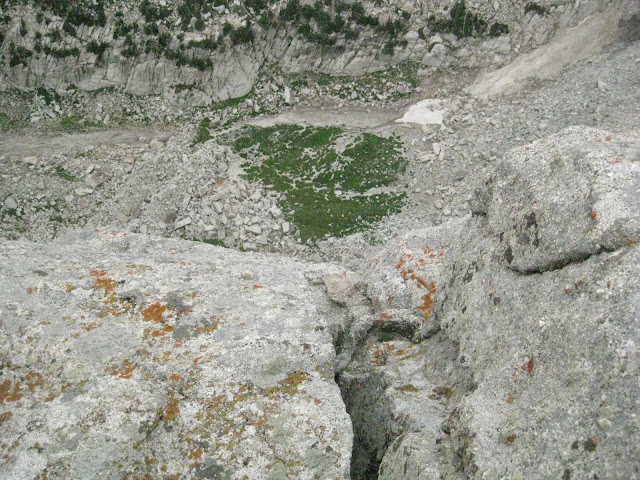 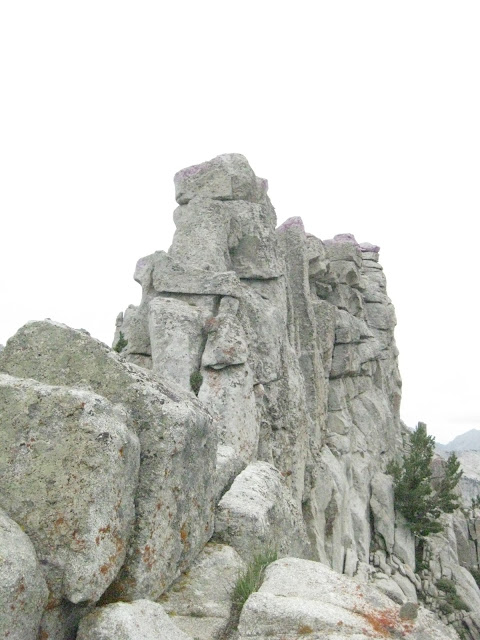 So after realizing I was on the wrong path to the summit I conceded and headed down casually looking back and wondering if I should shoot for the other ridge. I decided however an afternoon of climbing and relaxing was in order after this run and didn't feel like traversing all around the lower cirque just to get to the other side. 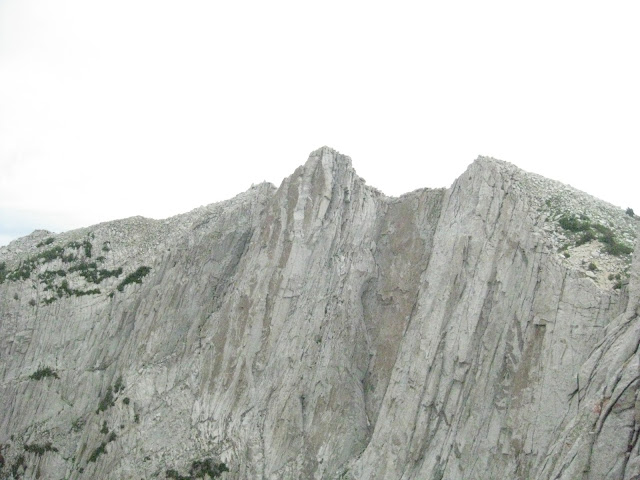 One more of the true summit. 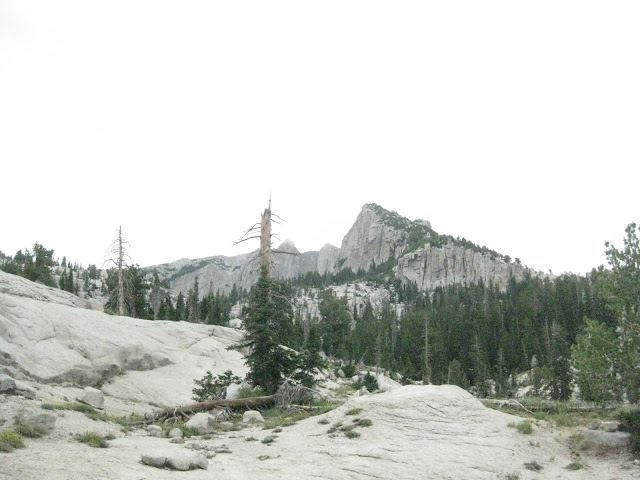 Looking back: I think I reached something beyond the one southern (right) summit seen in the photo.

Posted by Travis Haussener at 8:42 AM 2 comments: