The weather lately has been phenomenal, although I think "real summer" is soon approaching. Here are some pictures of recent adventures. 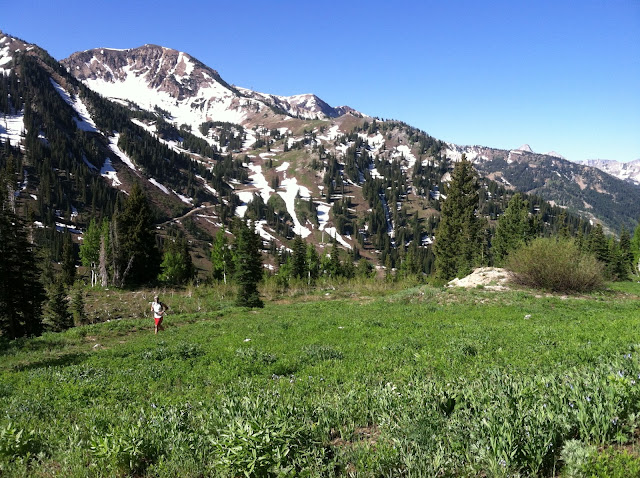 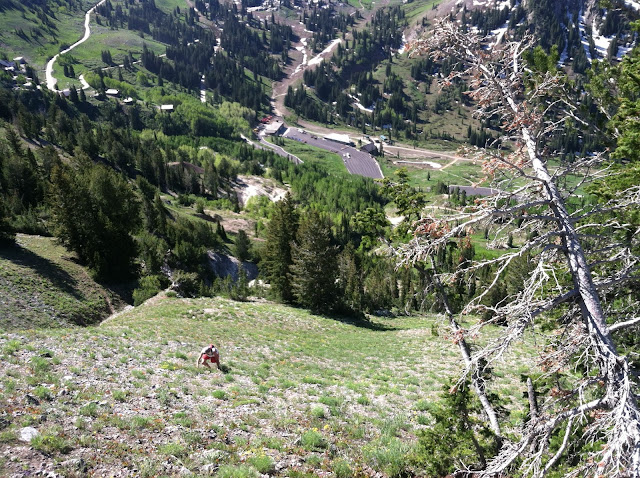 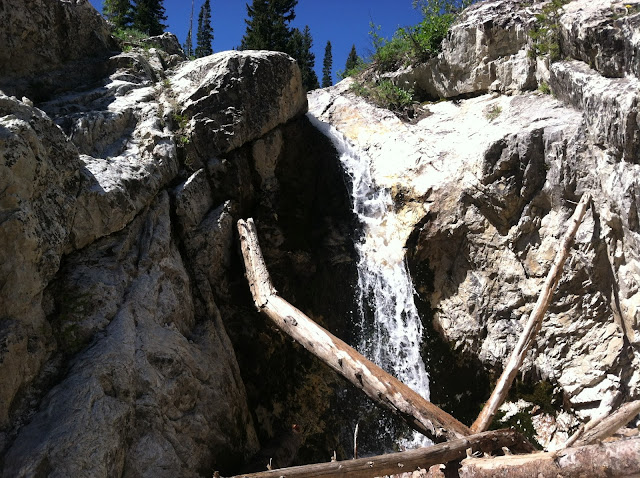 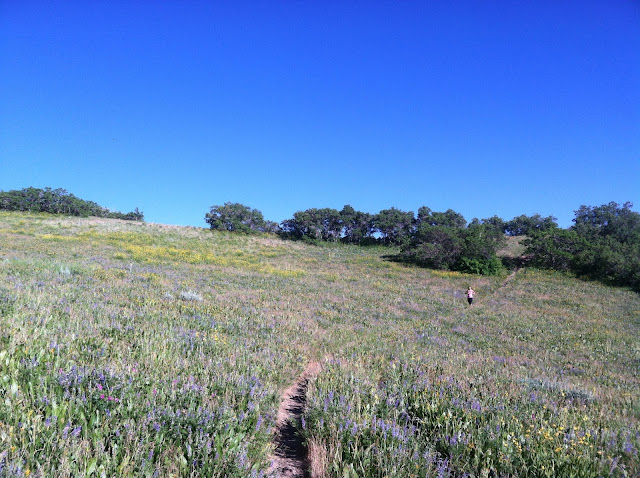 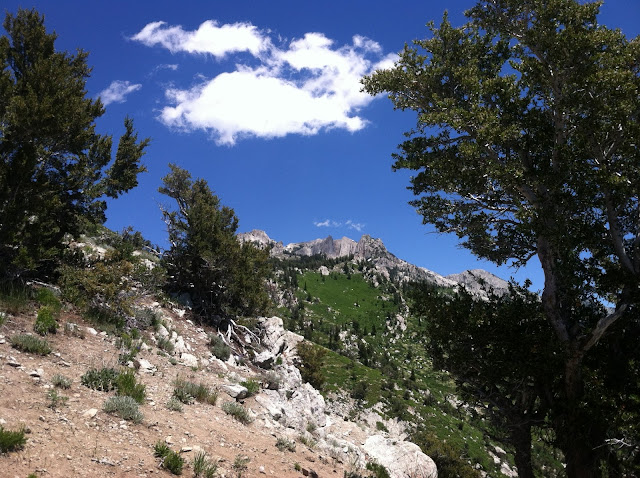 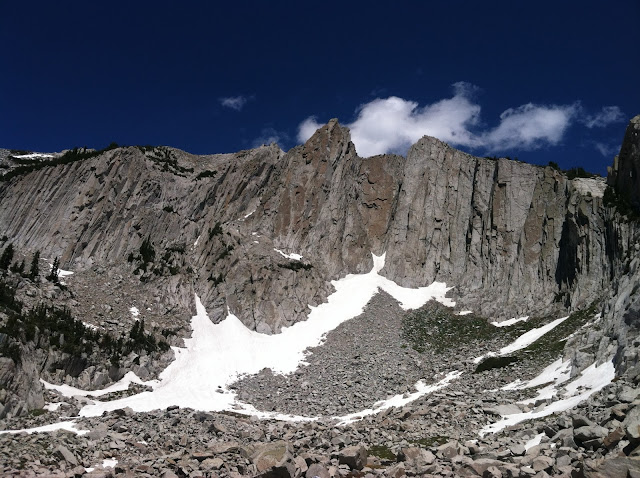 Got lost ended up in the cirque 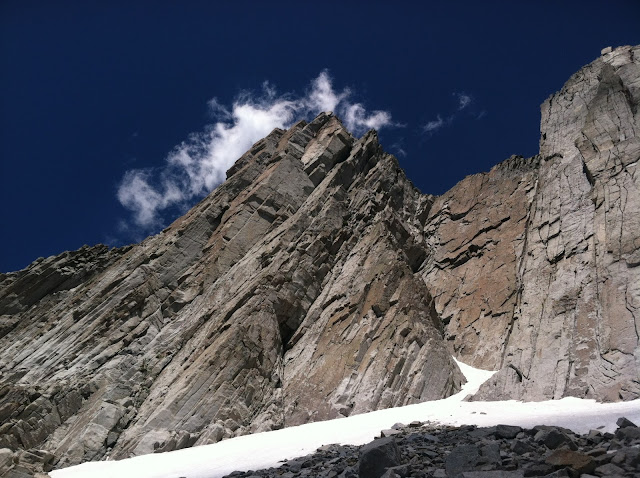 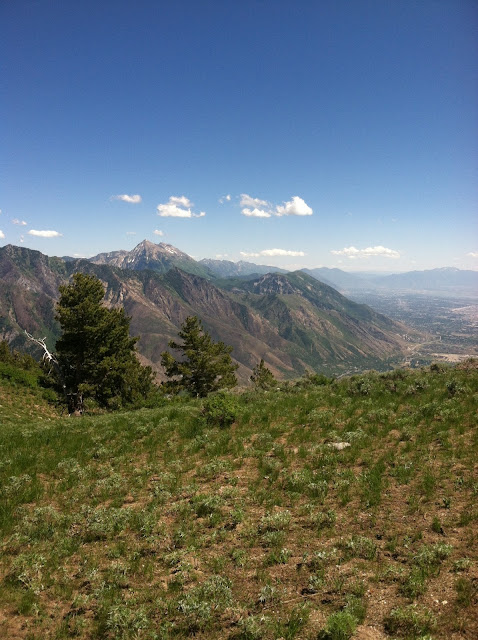 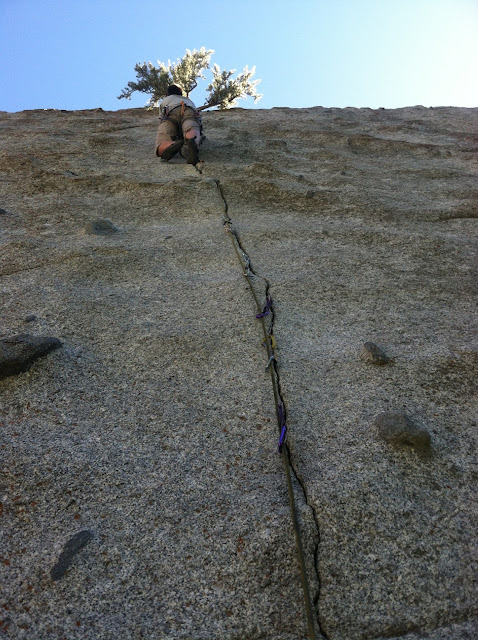 DISCLAIMER: This story is partially exaggerated and there are both normal climbing stoke pictures as well as slightly unnerving medical photography, proceed with caution.

After work on Friday, I was able to head up LCC and send Gordon’s Hangover (unclean, sure but I was stoked). Saturday, plans were made…where to now? Pentapitch, The Coffin, maybe hit up some other Wasatch classics. Also where should we run? Let’s go up to Alta it’s supposed to be hot…Sounds great! 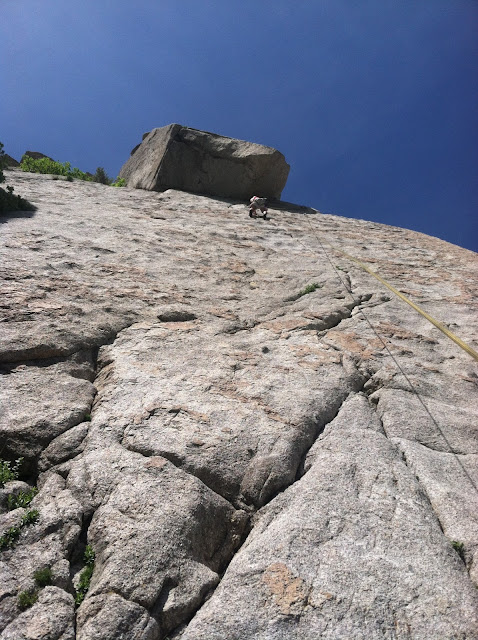 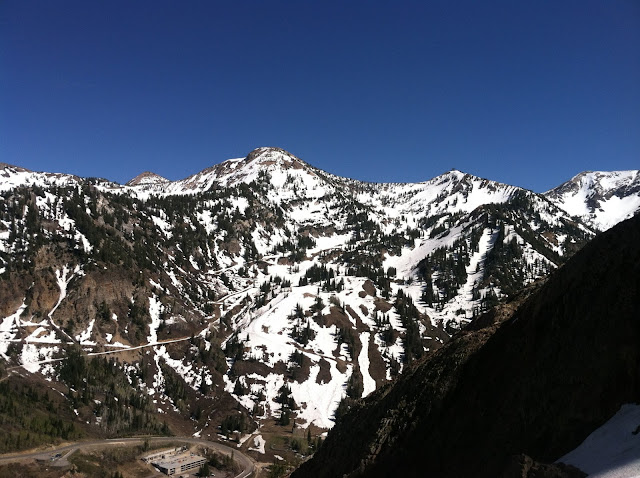 On Superior looking towards Alta, about to ski some summer slush (last weekend). 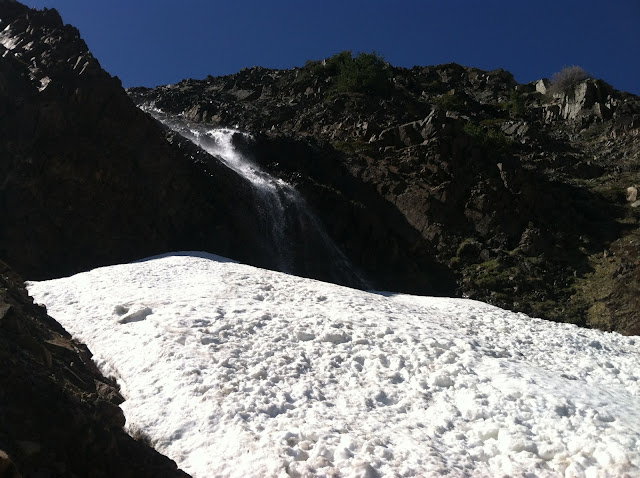 The waterfall on Superior

All of this sounded great, I just had to go into work for several hours that morning (reactions to run, etc, same old story).

I was seated at my bench top running a purification experiment (silica column chromatography) and picked up a bottle of solvent (CH2Cl2) near my feet. Unbeknownst to me, this bottle had a real sharp edge sticking out of it (a test tube, now broken and sharp, which I had attached to hold a permanent pipette); as it grazed up the side of my leg I felt an unfamiliar sting. Forrest Gump would have perceived this extrinsic source of stimuli as a bite but I knew better. As I looked down at my leg, hoping for the best, I saw a large flap of skin simply hanging almost as if my insides had been taken out. First thought, “Ok go get help”. Luckily at that very moment another one of my grad student brethren had walked into the lab to harass me.

Him: Hey you piece of shit do you have….?

Him: Holy Shit! Anonymous grad student get in here.

Other anonymous grad student: You need to go to the hospital.

Me: I dunno it’s not bleeding too much I think I’ll be fine.

Them: No we can see your insides.

In reality it wasn’t that bad, however the cut was so deep that there wasn’t much blood to be had. Thankfully I called Chesy, told her to meet me at the E.R., and my labmate dropped me off at the hospital.
8 stiches total (see pictures below), they’re pretty good at the U (University of Utah) 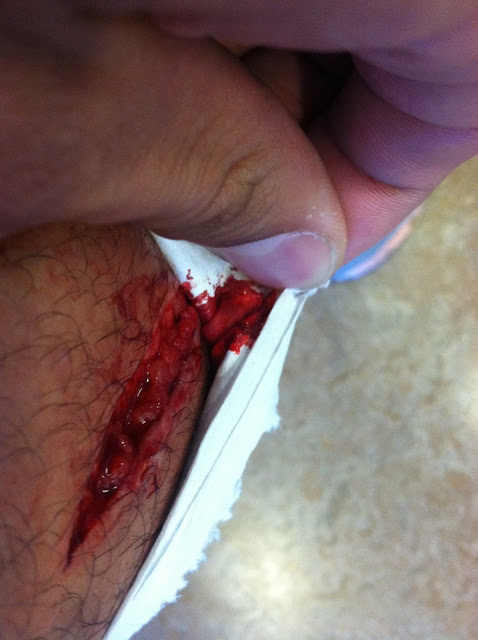 Pretty deep cut, you can see the fat cells. Probably about 3 inches long. 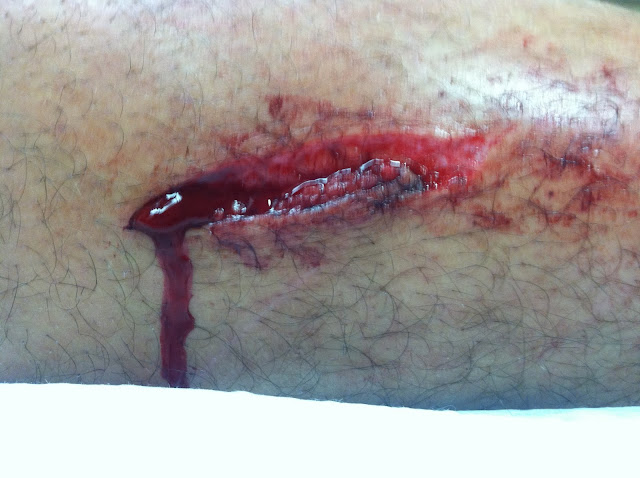 Angle #2: Pictures don’t do it justice or maybe I’m just not as hard as our forefathers 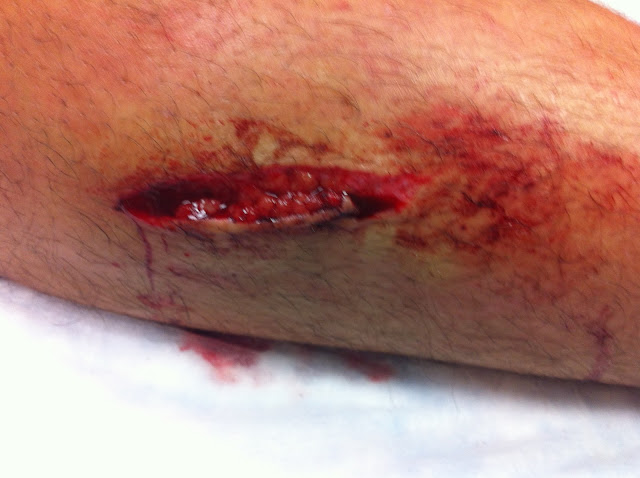 So now I’m training for the Speedgoat 50K and climbing via a bottle of alcohol.

Reason #254 not to go into work on a Saturday (still came back and finished that purification though).

In reality it was my fault, I knew the sharp piece of glassware was attached to that container but was too lazy to remove it and besides I usually throw my pipettes out anyway so the attached piece was useless broken or not. Now, because of me, my lab has a mandatory pants policy (which is probably for the best) but nonetheless…
Posted by Travis Haussener at 7:50 AM 2 comments:

Lake Blanche has always been a favorite, amongst the smattering of places in the Wasatch, to visit. It's where Chesy and I did our first hike, it's where I took my brother to go camping when he came out to visit, and it's where I learned the art of mountain running (well walking). With Saturday free after work and no belayers in sight, one of whom was in Jacksonville, I decided a ski day was in order.

Surprisingly, Lake Blanche tugs on the heart strings of several other hundred Wasatch locals and the Mill B parking lot looked more like Disney Land than a trailhead. Given the population density on the trail I was greeted with several hundred questions as I passed the tourons as Tom would say (sometimes running with skis on back).

They are as follows:
Oh and I didn't actually say any of these things, normally I'd just smile and nod

"Is there still snow up there?"
-Nope just white rock

"You going skiing?"
-Nope just going to take these up here to sacrifice

"Where the HELL is he gonna ski?
-I didn't have an imaginary answer for this one I was kind of distraught by this persons angered tone to be honest, and he was at the lake. So either this loud mouthed gentlemen was blind or just stupid. 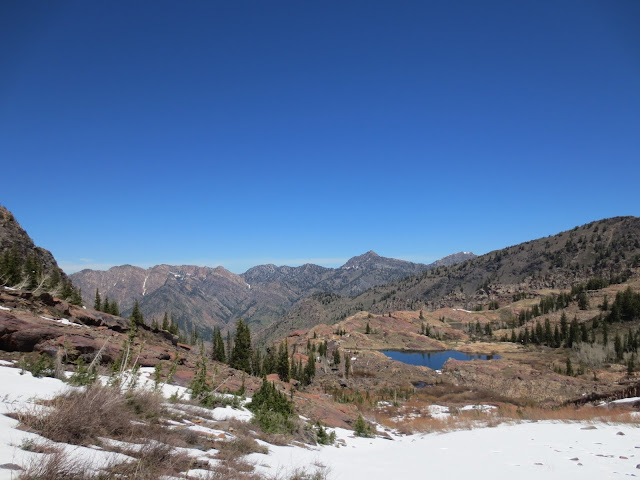 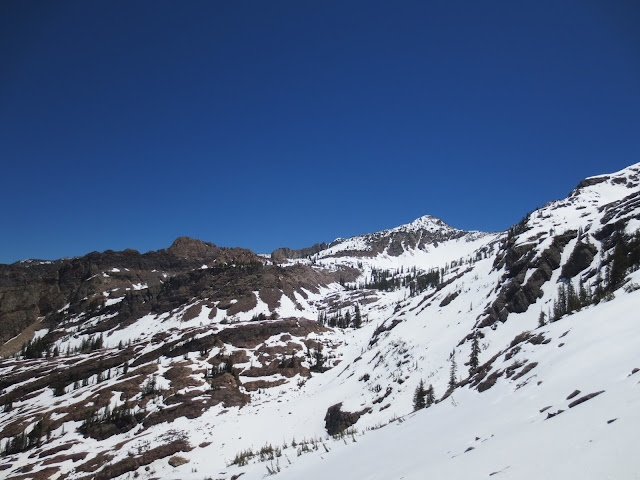 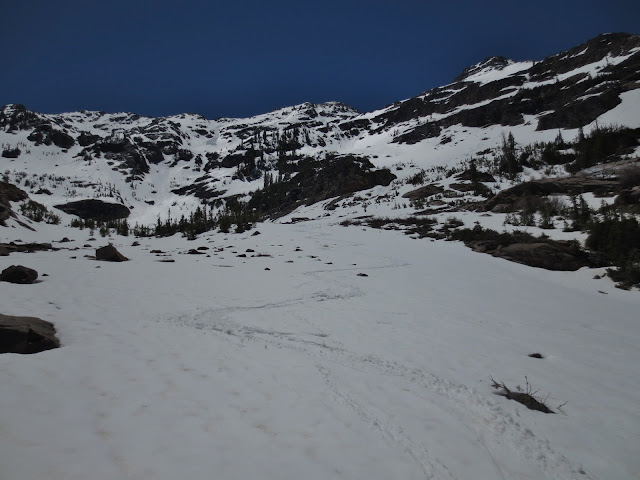 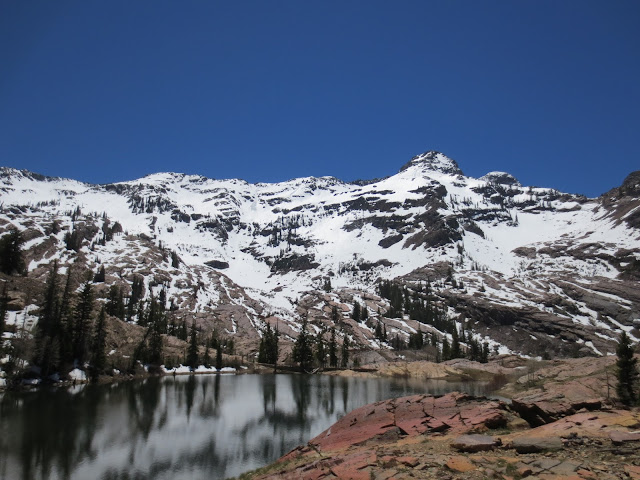 Drom
Posted by Travis Haussener at 8:00 AM No comments: